That kind of growth would be surprising if it weren’t mirroring a larger shift seen in the country’s screen industries as a whole. There are few territories where domestic production and international co-production are more vibrant and exciting than Chile, whether in live action or animation, film or TV. In fact, two years before Sebastián Lelio’s “A Fantastic Woman” won the international feature Oscar, Punkrobot’s “Bear Story” became the first-ever Chilean film to win an Academy Award as 2016’s best animated short.

Last year, “Nahuel and the Magic Book” was the third consecutive Chilean film to play in competition at the Annecy Animation Festival, the world’s most important animation festival and marketplace, after “Homeless” in 2019 and “The Wolf House” in 2018.

For most countries with the size, history and resources of Chile, five cartoon features at the Marché du Film would be exceptional. For Chile, it’s become par for the course.

Below, the five animated features looking to draw interest at this year’s Cannes Film Market.

A well gestated project, “Underground Stories” is produced by former Berlinanle Talent Catalina Victoria Donoso and Cusicanqui from Sweden’s Laika Film & Television, who pitched their trans-Atlantic co-production at last month’s Annecy Animation Festival. Based on a black and white graphic novel, this 2D pencil-sketched feature follows middle-aged artist Ariel, who creates his own comic to get closer to his teenaged son Franco. The artist draws storied from his own life during Pinochet’s brutal dictatorship, showing the boy how everything in his own life changed when his parents agreed to shelter several of the regime’s most wanted individuals, eventually housing them for 10 years. Production is underway and a full animatic and extensive art book are already finished. Delivery is planned for 2023. 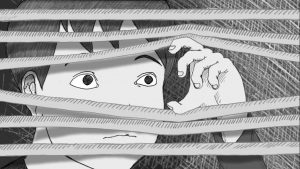 Acuña’s last feature, the charming kids fantasy story “Nahuel and the Magic Book,” was a hit at 2020’s online Annecy Animation Festival before winning prizes at the Quirino Awards, Chile’s Chilemonos fest and the Tokyo Anime Award Festival. At this year’s Annecy, Acuña announced his next project, “Devil’s Vein.” Set at the height of the mining boom in the Atacama Desert of the 1920s, the feature follows Mercedes, a humble 16-year girl who decides to steal a mysterious piece of gold. She hopes to use it to negotiate for the life of her brother who has gotten himself in trouble with the mineral’s true owner: the devil under the desert. Sebastián Ruz at Carburadores produces, and is in talks with a Peruvian company to co-produce. 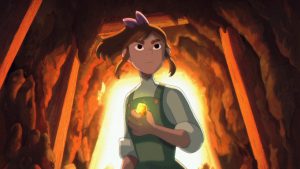 “Uky and Lola in the Land of Fire” (Fabián Andrade)

Wild Bunch Studio CEO and executive producer Simon Barrionuevo Duran is producing this family feature, based heavily on the works of anthropologist Anne Chapman, who studied Patagonia’s Selk’nam people. In the film, Uky, an impetuous young Selk’nam, and Lola, a Shaman apprentice, find themselves responsible for the future of their people, threatened by malevolent sheep farmers who are trying to enslave the natives and claim the land as their own. Together, the two must figure out how to channel the magic of local spirits and solve the endless dispute between the Sun and the Moon. “For me the Selk’nam nation can teach us very deep and powerful lessons that can help to shape a better future,” Andrade told Variety, “but also a history of injustice and many ghosts that demands answers.”

Presented at this year’s Cartoon Movie, “Winnipeg, Seeds of Hope” is a three-country coproduction headed by Marianne Mayer-Beckh at El Otro Film in Chile, Antoni Marin Vila at La Ballesta and Ricardo Ramon from Dibulitoon in Spain, and Midralgar (formerly MarmitaFilms) in France. Another 2D historical drama, again adapted from a popular graphic novel, the film follows widower Victor and his daughter Julia, two of the roughly 2,400 Spanish refugees who fled to Chile during the Spanish Civil War aboard the SS Winnipeg ocean liner, chartered by Chilean writer Pablo Neruda and the Quakers in Paris. 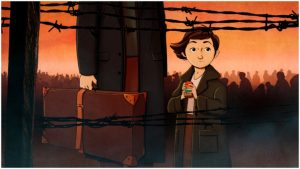 Targeting kids and family, “Grandpa Miguel” is a colorful and fun comedy that will be finished later this year. Llolleo Creativo’s Cecilia Baeriswyl produces the story of Grandpa Miguel, a retired fisherman who learns he has seven days to live. Joined by his forgetful friend Cholo, Miguel sketches out his bucket list the most important of which is reconnecting with his first love, Luciana. As the two prepare to set off on the cross-country journey, Miguel’s estranged son Sebastián shows up looking to mend their relationship before it’s too late and introduces Miguel to Julieta, a granddaughter he never knew he had. With his best friend and family by his side, Miguel embarks on the odyssey of a lifetime.