Outstanding documentary projects are awarded in the sixth edition of Conecta

● The most important documentary industry meeting in the country awarded 13 prizes to the projects that stood out. Among more than 200 applications, 95 documentary projects from 22 countries were selected to participate this year.

● The closing event of Conecta gave a face-to-face and virtual stage for the award ceremony, from national and international institutions, among which stand out awards in sound post production, Distribution consultancy and market participation at the Cannes Film Festival, Marché du Film, to name a few.

● The most awarded documentary was Jorge, which portrays the life and career of Los Prisioneros vocalist Jorge González. The documentary project by director and producer Nicolas Pavie won three awards, one of which is part of the Docs in progress section, a section that emerged from the alliance between Conecta and FIDOCS.

This Tuesday was the closing ceremony of the sixth edition of the most important documentary industry meeting in Chile. A nine days event where different projects and their representatives drew the attention of industry agents and their peers in the different sections of the market. CONECTA and its multiple platforms, virtual and face-to-face, connected the more than 90 documentary projects that participated with worldwide professionals from the documentary sector. The experience of being part of CONECTA did not only include the sections, workshops and panels, but also the closing ceremony that gave away thirteen important awards to those projects who stood out and captured the attention of the invited institutions. Among them stand out

DRUM ROLL PLEASE! THESE WERE THE WINNING PROJECTS

In the DocsMX Award category, the selected project, from the Conectados section to take part in some of its industry activities for its 2022 edition. Carmela and the walkers by directors Esteban Coloma and Luis Herrera, also produced by Coloma, comes from Ecuador and tells the story of Carmela, who risks everything to help thousands of Venezuelans who cross the South American continent on foot. 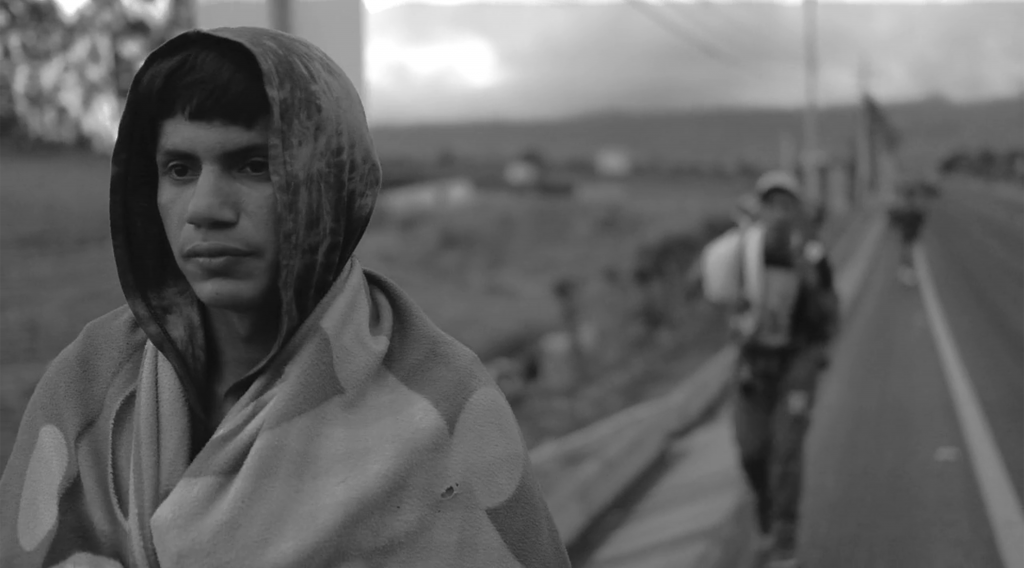 Carmela and the walkers

DocMontevideo Award, meanwhile, chose a project to participate in the Meetings of its 2022 version, including the fee for the accreditation. The winner was Every document of civilization by director Tatiana Mazú and producer Nacho Losada from the production company Antes Muero Cine from Argentina. This documentary brings to mind the case of Luciano Arruga, who disappeared ten years ago.

Every document of civilization

The training and meeting event of fiction, documentary and animation, Bolivia Lab, presented no less than two awards. One that invites a project of the section Docs in Progress FIDOCS+Conecta to the XI Incentivo Finaliza WIP of the Bolivia Lab 2022, the award was given to Jorge, by director Nicolas Pavie and producer Jorge Catoni. This film portrays the life and work of one of the most important creators of Chilean popular music, Jorge González, known for being the vocalist of Los Prisioneros. 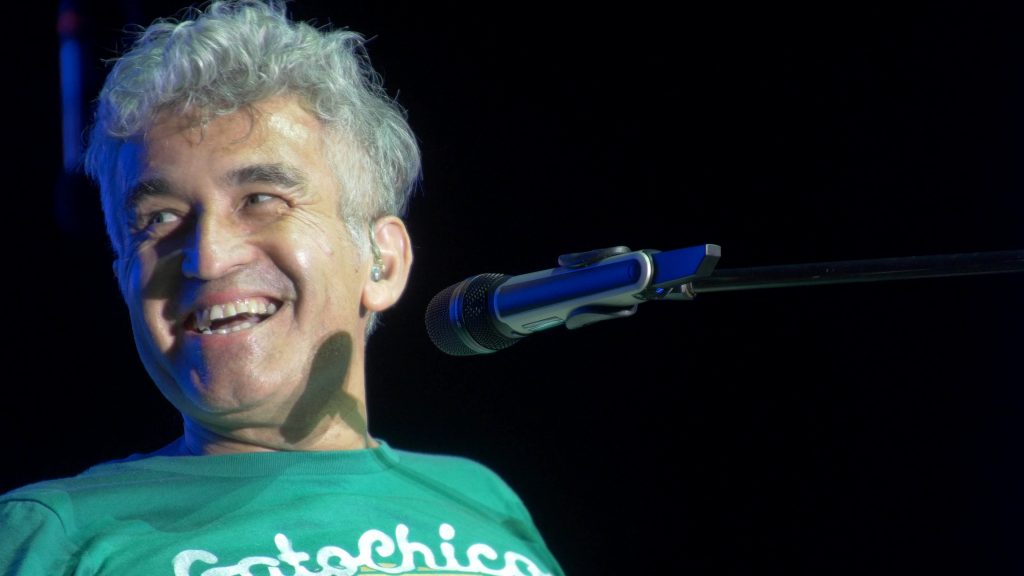 The other prize was an invitation for a project in development stage in search of an international co-producer to the Rally de Pitch de Coproducción Cine del futuro. For this the winning project was Birds in mind by director Samanta Yépez and producer Christophe Kenderian, an Ecuadorian production in which the director investigates the memories of his relationship with his brother before being diagnosed with schizophrenia. 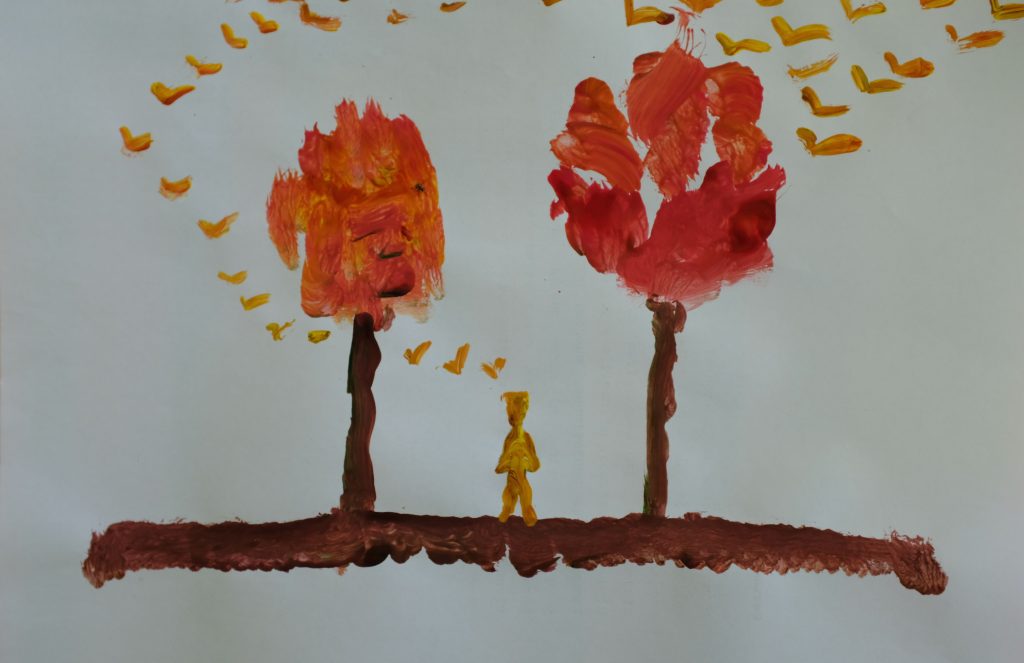 On the other hand, the recognition by Mediamorfosis, awarded a project with a free accreditation to participate in a training workshop for Mediamorfosis 2022. And the chosen one was The Safest Place by directors Magdalena Hurtado and Milena Castro, and producers Ignacia Merino and Isabel Reyes. A Chilean documentary produced by Dos Be Producciones, which looks to connect with new media from a female perspective. The synopsis of this film details how a large house, which hides secrets kept for years, is a shelter for men guilty of transforming that safe place into a more dangerous one.

The Sofá Digital Award went to Home is somewhere else by director Carlos Hagerman and Jorge Villalobos and producers Andrew Houchens, Albie Hecht, Carlos Hagerman, Carolina Coppel, Martha Sosa and Susan MacLaury. This recognition will deliver the distribution of the documentary on Latinamerican platforms. This documentary piece, completely animated and of Mexican and American origin, offers an intimate perspective on the experience of young undocumented Mexican migrants and «dreamers» in the United States. 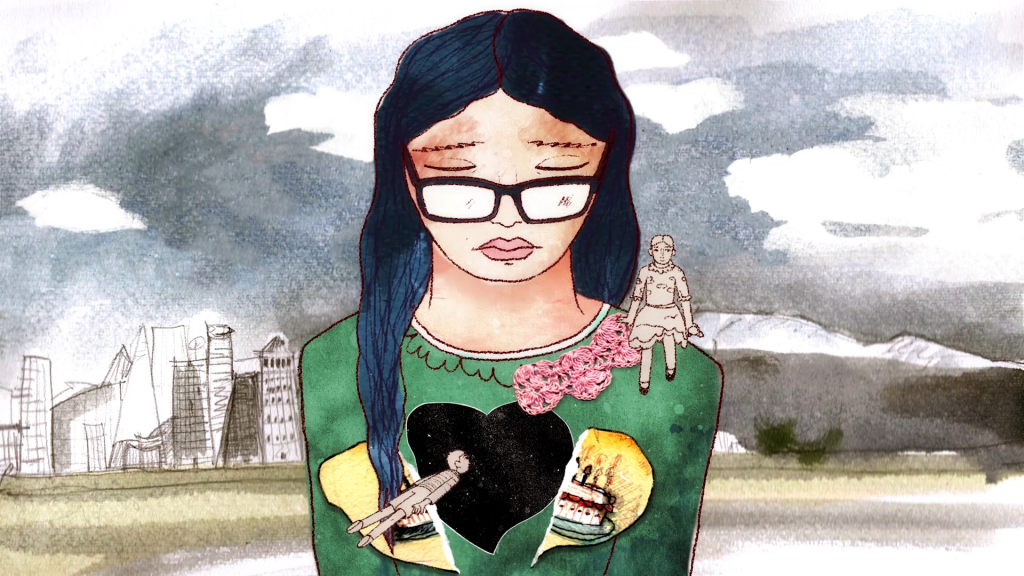 Home is somewhere else

And of course there were awards given by national institutions. First, the fruit of what was a historic alliance between two partner institutions, the Santiago International Documentary Festival, FIDOCS. The First Cut FIDOCS Award, which consists of a cash prize of USD 1,000 of free disposition for the completion of the film, was awarded to Sleepless bedtime stories by director Lila Penagos and producer Tomás Astudillo, from Lunar production of Ecuador. A documentary that tells the story of Lila and Carlos, a girl and her father who told her stories at night, texts that mix fantasy with a guerrilla past and the remains of a broken family. In addition, there was a special mention for the documentary Amando a Martha by director Daniela Lopez and producer Sara Nanclares, who battled the award for its outstanding qualities. 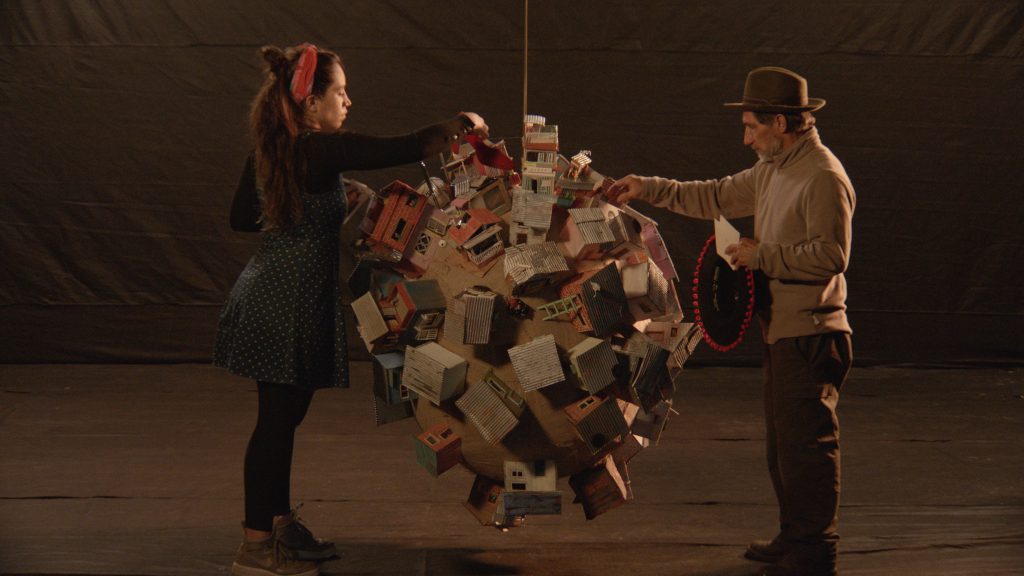 In the Cineteca Nacional Award, which considers the delivery of laboratory processes for a total equivalent to US$6000, in which you can choose between services such as digitalization of 16 or 35mm to 2K 4K, color correction, master Prores file and mp4 or master DCP file. This recognition was given to the Chilean documentary Jorge by director and producer Nicolas Pavie, a documentary that will tell about the expected return of Jorge González to the stage. 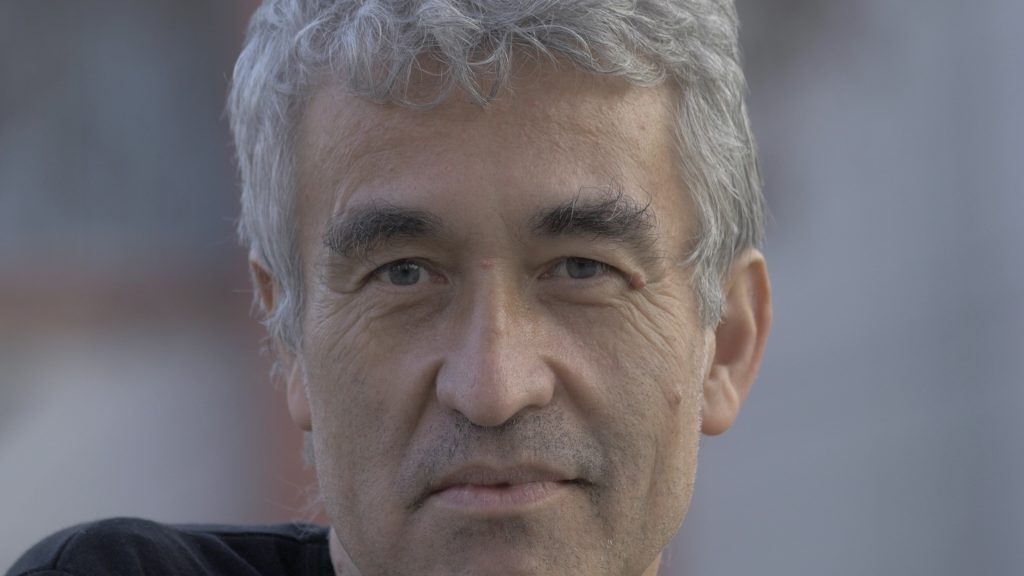 Market Chile Award, for its part, will give a diagnosis and consultancy for the distribution campaign to two selected films: Jorge by director and producer Nicolas Pavie, and Loving Martha by director Daniela Lopez and producer Sana Nanclares, of the production company Ruido y Señal Colombia, along with Maravillacine from Argentina. This latest film immerses us in the painful testimony of a woman, Martha, who suffered mistreatment for almost 40 years being married to an abusive man named Amando. 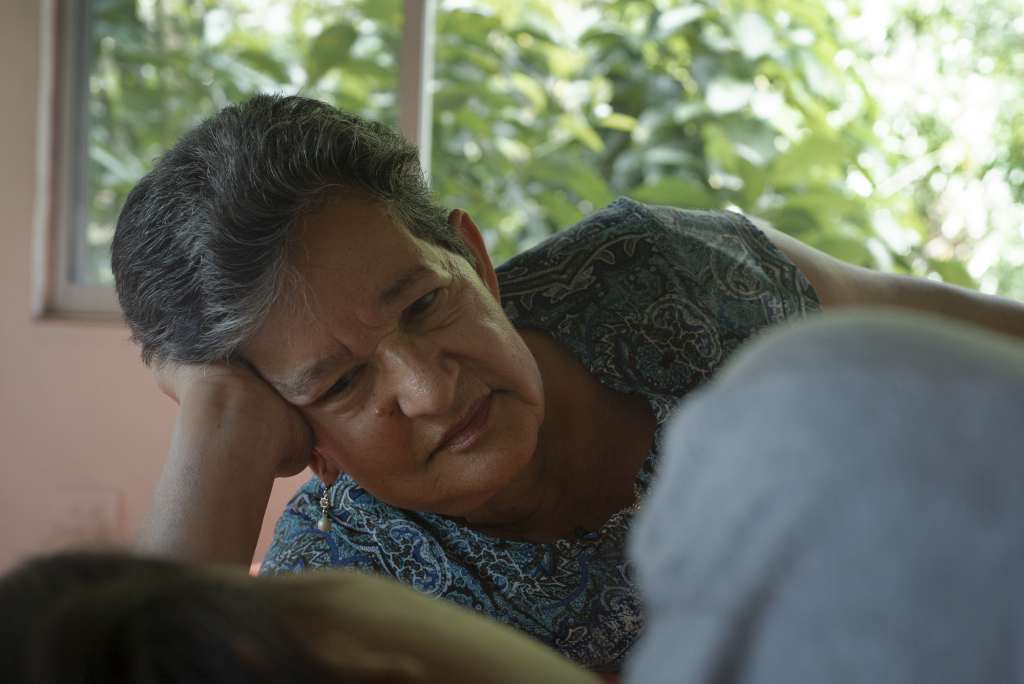 As for the Marché du Film Award (MDF) of the Cannes Film Festival, its representatives chose a project from the Conectados section. The winner will get two accreditations to be part of MDF 2022. And that project is the Colombian, The Braves by director Diana Ojeda and producer Mariana Vega. 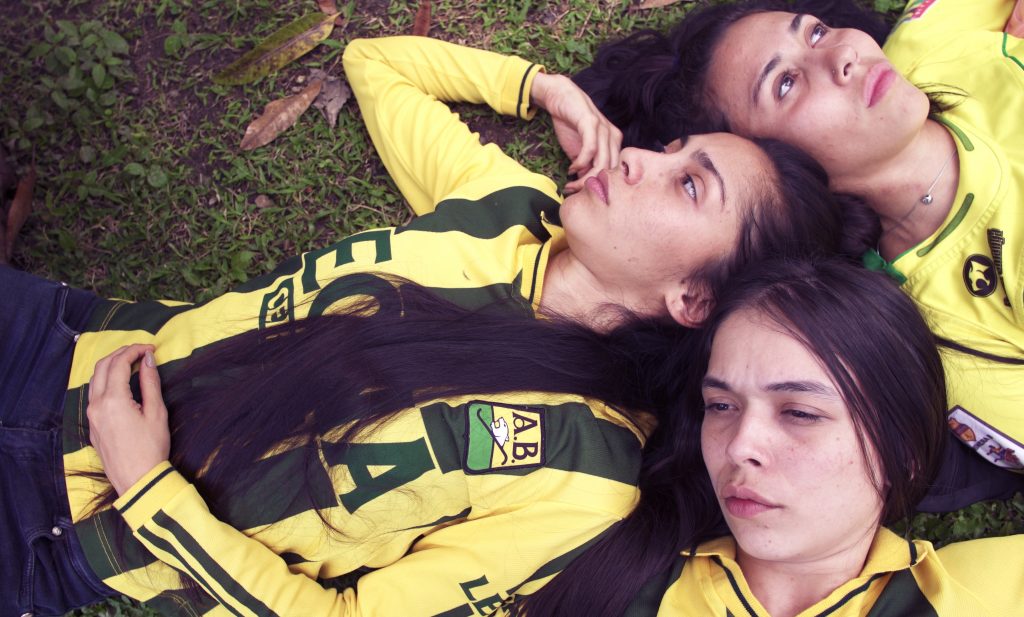 SONAMOS Award, meanwhile, consists of three days of 5.1 sound mixing in their studios, plus consultancy on the design of the soundtrack for a documentary, equivalent to US$3,000. And the winner of this award is Gorilla Woman by director Fernanda Faya and producer Michael Wahrmann. A project from Brazil that tells the story of Neirud, a circus fighter known as «mujer gorila» who died in 2011 leaving her past shrouded in mystery. 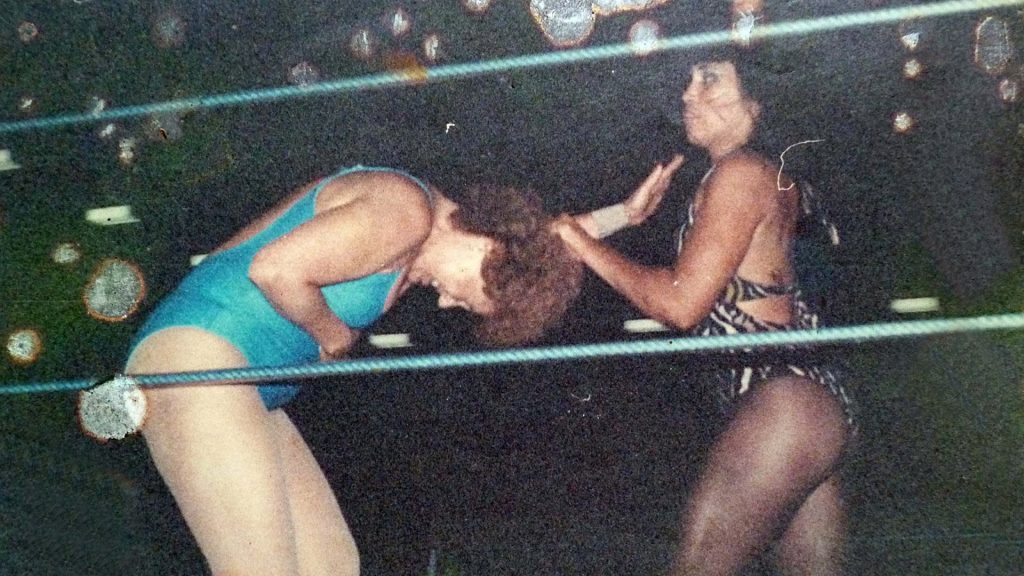 The Ficwallmapu Award selected a project in development of filmmakers and/or indigenous theme to participate in the MapuLab in March 2022, received by director Viviana Mamani Cori, and producer Erick Gary Maldonado Rojas with Looking for my family. A film of Bolivian and Belgian origin that tells the story of Cristof, who was adopted by a married couple in Belgium and who returns to Bolivia to find his biological family. 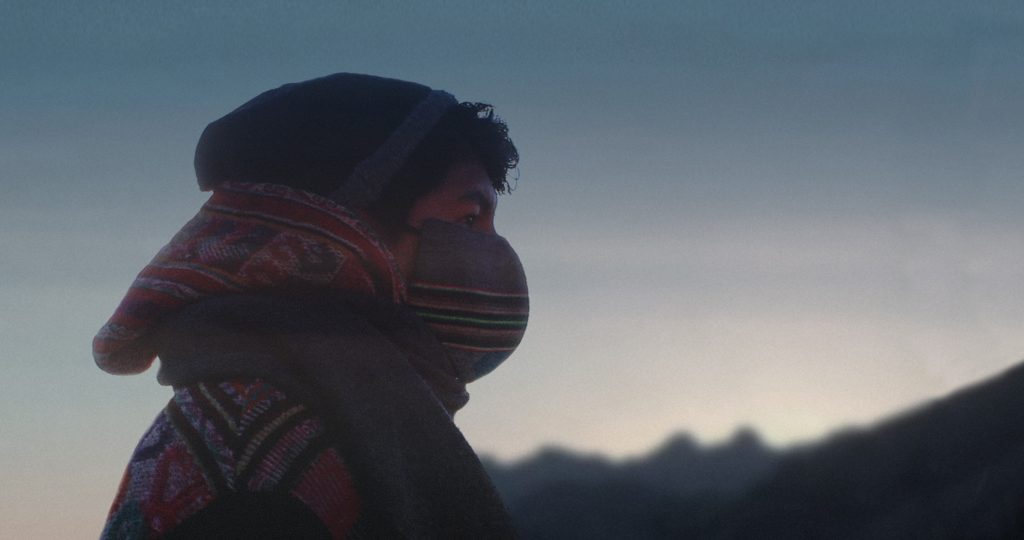 Looking for my family

Last but not least, during the closing ceremony of the documentary industry meeting, Conecta, the R2MEDIA Award was given too. The audiovisual archive agency awarded a project from the Docs in Progress section FIDOCS+Conecta with a consultancy in investigation, file location and respective image rights. The winning documentary project was Lithic by director Romina Ortega and producer Claudia Chávez. A film of Peruvian origin that tells the story of Silvia, who wonders what will happen when she can no longer sculpt after overcoming her mother’s age. 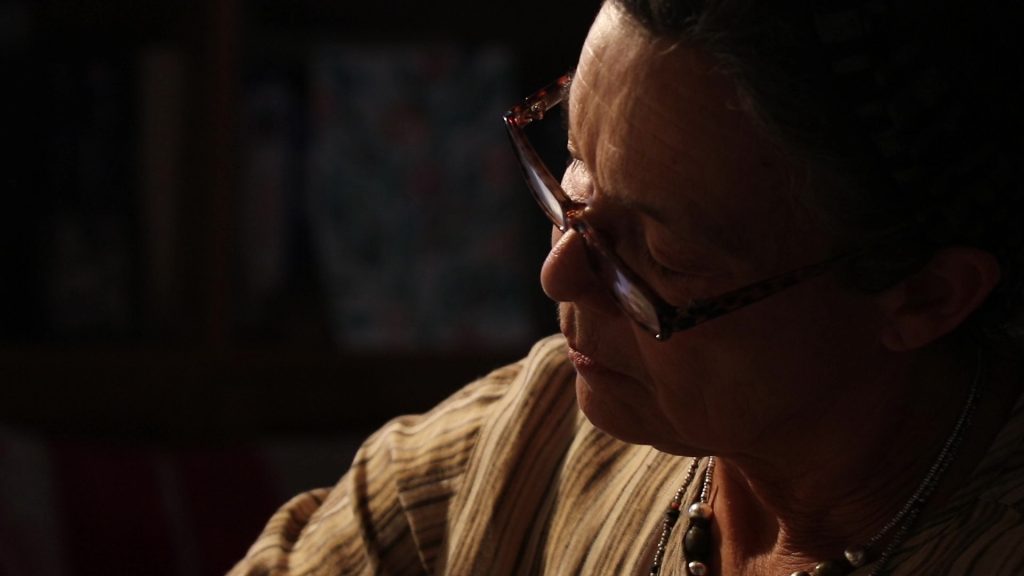